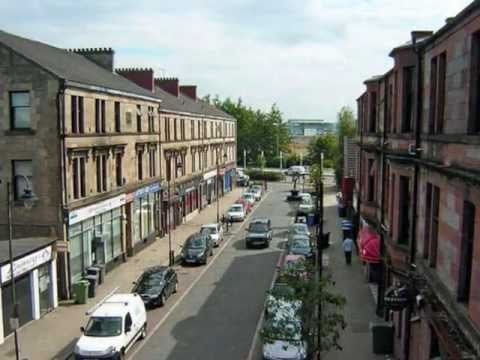 
A child rapist has been sent back to prison after he was caught living in a house with a young girl with whom he had shared a bed.

A child rapist has been sent back to prison after he was caught living in a house with a young girl with whom he had shared a bed.

Parnell was released in 2016 but was back in the dock at Truro Crown Court on Wednesday (March 6) where he admitted breaching his release conditions.

Parnell, now 46, went to live with a girlfriend near Helston between November 23 2018 and February 11 this year, failing to disclose to her his convictions.

The pair were later joined by the woman’s two children.

He admitted failing to comply with his notification requirements as a sex offender and breaching a sexual harm prevention order.

Prosecuting barrister Brian Fitzherbert told the court how Parnell was required to notify police of any change of address and also not allowed to stay at any address containing a child.

He was discovered at the address when police officers carried out a child welfare check.

Parnell told officers that there weren’t any children present even though children’s toys and clothing could be spotted inside.

Mr Fitzherbert said: “Mr Parnell formed a relationship with the woman but she had no idea about his previous convictions.

“They met in October 2018 and began the relationship. He left his address and moved into her father’s home. They were they joined by her daughter and son.

“The defendant would sometimes sleep in a bed with his girlfriend and her daughter when the daughter couldn’t sleep. The daughter said she didn’t like Mike as he was always peeping at her while she was in her room.

“Sometimes the mum would go downstairs and leave them in the room together. On one occasion he offered her money for a favour but it was never made clear what the favour was.”

After being detected Parnell disappeared for a month before being found in a static caravan in early February.

As a result of the situation, the mother’s children were removed from her care.

Representing Parnell, Michael Gregson said that the relationship arose while Parnell was living in Camborne and that the girlfriend offered him alternative accommodation.

Mr Gregson said the defendant was unaware she had children at first and when he initially moved in the children were living with their father.

He said: “Mr Parnell became aware of the children but he didn’t want the relationship to end.

“He varied the address of his electronic curfew but the courts hadn’t approved the variation. Over Christmas the children came to live at the property and he knows he should have left.

“No offending other than that set out in the charges took place and the children’s mother said that there was never anything to give her concerns regarding Mr Parnell’s behaviour towards the children.”

Sentencing Parnell, Recorder John Trevaskis said that he was fully aware of his obligations as a sex offender and that he should have removed himself from the household as soon as the children arrived.

Recorder Trevaskis also addressed the consequences of the offending, reiterated that the woman’s children had been taken away from her as a result.
Parnell was jailed for two and a half years.