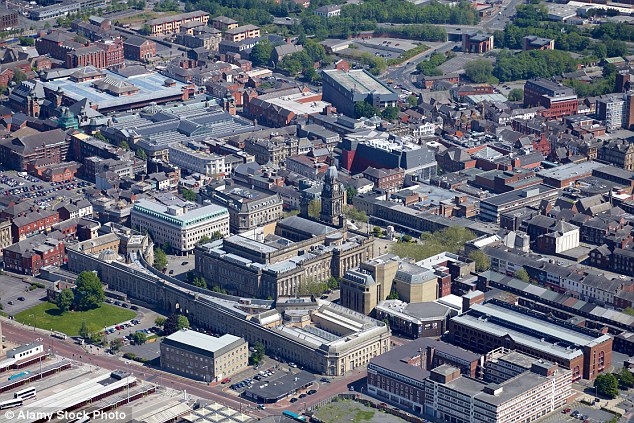 A middle-aged man with a long-standing pornography addiction downloaded more than 6,000 child abuse images on his home computer.
Carlisle Crown Court heard how police raided the home of Martin Sanderson, 46, after they got a tip-off about his use of a Ukranian based website which publishes illegal sexual images of children.
The former Royal Mail driver admitted two counts of downloading indecent child images.
Gerard Rogerson, prosecuting, said the defendant came to the attention of police in January after officers were contacted by a law enforcement which had investigated a suspect Ukranian website.
This had led to a police raid on Sanderson’s Skiddaw Road home in Carlisle on January 25.
Asked if he had any illegal images on his Apple Mac computer, Sanderson admitted what he had done, telling the officers: “I’m so embarrassed: I’ve been addicted to porn since I was a boy – since I was 11.
“I’m disgusted with myself.”
He admitted having viewed sexualised images of children.
Mr Rogerson said officers who examined his computer found 6,215 Category C images – the lowest level of seriousness; and 19 Category B images, which are considered more serious.
An examination of his Apple Mac computer showed that the images had been viewed and then deleted, but specialist police equipment was used to reveal what Sanderson had been looking at.
He looked at the images between October 2015 last year and January of this year.
Most of the images came from a website which is well known to the police – an illegal Ukranian child model agency, said Mr Rogerson.
“It features pictures of girls aged between eight and 16,” said the prosecutor.
When he was interviewed, Sanderson denied being sexually interested in children but he accepted looking at images of under-age girls.
A Probation Service officer who spoke to the defendant said it had been an emotional and difficult interview.
“He said he had taken to viewing pornography at the age of 11 and this quickly spiralled into daily addiction,” said the officer, saying this had been a significant issue in his life since he was 16.
Viewing pornography became a normal part of his life.
“He presented as remorseful,” she said.
“He wants support [to address] his offending, and primarily for his addiction to pornography.”
In his interview, Sanderson had attempted to minimise his behaviour – a common trait among such offenders, caused by shame.
A father-of-two teenage children, he had been married for 25 years and considered his marriage to be a fantastic relationship, said the Probation officer.
After his arrest, he had to live away from the family home.
He had lost his job and he and his wife had been forced to put the family home on the market.
The Probation officer added that Sanderson had been assessed as posing a medium risk of harm to children.
Judge James Adkin noted that the defendant had taken steps to address his addiction and shown remorse.
He imposed a two-year community order, with 30 days of rehabilitation, imposed a five-year Sexual Harm Prevention Order and put the defendant on the Sex Offenders’ Register for the same period.
The judge told Sanderson: “The impact of this offending, I am absolutely certain, has been tremendous already: with you potentially losing your house; and losing your job….”
The judge noted that the defendant had been frank with the Probation Service and the police.
But he added: “If you are caught with this type of material again, prison beckons. You understand?” Sanderson replied simply: “Yes.”