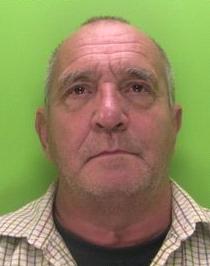 
Instagram sex predator posed as boy in bid to get nude pics of girl, 10

A sex offender pretended to be a young boy in a failed bid to trick a 10-year-old girl into sending him naked pictures of herself on Instagram.
Lukas O’Neill was given a suspended prison sentence at Worcester Crown Court yesterday after admitting two counts of inciting a child to engage in sexual activity.
The girls were 10 and 14-years-old at the time. The 30-year-old of Churchway Piece, Inkberrow, blamed ‘voices in his head’ after he tried to get the 10-year-old to send him naked pictures, posing as a boy of 11 under the phoney name ‘Brad Gower 11 and even attaching a fake photo of a young boy.
In the direct messages, sent on September 27, 2016, O’Neill asked the girl her age and she replied, telling him she was 10 and a year six pupil at primary school. “He went on to ask her to send a picture of her pants” said Simon Phillips, prosecuting.
She refused, sending him a picture of her school skirt instead before he asked her to send him an intimate picture.
Again she refused. The girl asked him if he loved her and O’Neill said: “Yeah, because you’re cute.”
The girl told him she ‘did not love him’ and ‘had a boyfriend’ in order to end the conversation then told her mother about the messages.
Later the girl told police she was ‘embarrassed and sad,’ believing the person she was communicating with was ‘a real 11-year-old boy.’
Mr Phillips argued the offence was sophisticated because of the use of the fake photo of a boy. He said he believed sentencing guidelines indicated this offence had a starting point of five years in prison.
The second incident involved O’Neill sending friend requests and grooming messages via social media to a girl of 14. When she told him she had a pair of Calvin Kleins he replied asking if they were thongs.
Police attended his home, seizing laptops for analysis and discovering a category A indecent video of a child, the most serious category showing penetrative sexual activity. They also found 21 category C images.
O’Neill was arrested on June 2, 2017 and had three police interviews, telling police he was ‘experiencing voices in his head’ between September 2016 and October 2017. When interviewed about the images on his computer he gave ‘no comment responses.’
Jason Patel, defending, asked for the full-time lorry driver’s early guilty plea, indicated at a previous hearing at magistrates’ court, to be taken into account.
Judge Jim Tindal said: “What you have done would appal anybody because you targeted a very young girl who was only 10 at the time.
“You tricked her, pretending to be someone you were not.
“You pretended to be an 11-year-old boy in order to try to get from her what you wanted, which was images from which you had sexual gratification and that was an elaborate lie.”
However, he accepted the psychological report that O’Neill had autism, which had been properly diagnosed, was of previous ‘exemplary’ good character and had been identified as posing a ‘low risk.’ The judge said the sexual images found on O’Neill’s devices were ‘not at the same volume one often sees in these cases.’
But he added: “There is no question in my mind that the appropriate sentence is a custodial sentence.”
Judge Tindal sentenced O’Neill to two years in prison suspended for two years with 50 rehabilitation activity requirement days.
A sexual harm prevention order was made for five years and O’Neill must sign the sex offender register for 10 years and pay £500 costs.