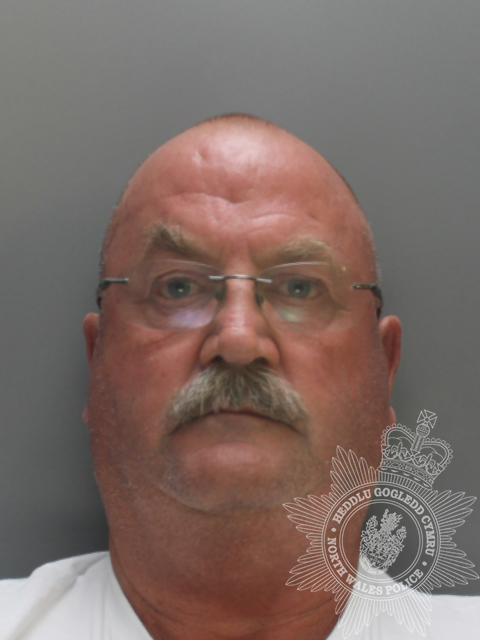 A man from Llanwrtyd Wells has been convicted after he sent explicit messages to someone he believed was a 14-year-old girl.
Clifford Parker, of Irfon Terrace, sent the messages to the person he thought was schoolgirl Marie Jay but was actually a fake profile being used by paedophile hunters
The 52-year-old was found guilty by a jury – after they deliberated for one hour and 50 minutes – of one charge of attempting to incite a child under the age of 16 to engage in sexual activity, following the trial at Merthyr Crown Court which started yesterday morning.
The trial, which included detailed evidence of lewd messages sent by Parker to Mr Letts and his attempts to arrange meet-ups for sex, was concluded at 12pm today with the jury’s verdict.
Parker chatted through the Lovoo dating website last year for around five months – from February 16 until July 3 when Parker was arrested.
Nicola Powell, prosecuting, said: “Just a few days after the conversation had started, the hunter messaged saying ‘I have to be honest babe, I thought you had to be 18 to be on here, I turned 14 last week’.”
However Parker continued to message the hunter, who he believed to be Marie Jay, with sexual content including a picture of a woman, who he pretended was his ex-girlfriend, performing a sexual act.
Although Parker accepted he had sent the messages he argued throughout the trial that he had known the teenage profile was fake and being controlled by an adult male.
The defendant, who shook his head as the verdict was delivered, also pleaded guilty to one other charge of possessing extreme pornography on his phone which involved a dog.
He will be sentenced for both charges on Wednesday, January 9 next year following a pre-sentence report.
Judge Richard Twomlow imposed an immediate sexual harm prevention order following the conviction due to the nature of the offence.
He said: “I’m going to make a sexual harm prevention order now, which will start now, but I won’t say the length of time now until he is sentenced in January.
“I do require a pre-sentence report before I can sentence him, but I suspect in this case Mr Parker will continue to say he has no interest in children as he has maintained that throughout the trial.”
While he has been granted bail, Mr Twomlow also said that Parker should expect a custodial sentence in the new year.
Parker, who is not allowed to stay anywhere other than his registered home address while he is on bail, will be on the sex offenders register and the guard list which restricts him from certain occupations.
He is prohibited from owning or using any technology which can use the internet unless it can retain and display internet history and if he makes it available to the police for inspection.
He is also prohibited from any form of encryption, private peer-to-peer programmes like WhatsApp, false details such as an alias, private cloud storage and deleting his internet history.